HOW PEPSI IS MADE? INSIDE PEPSI FACTORY – FACTORIES 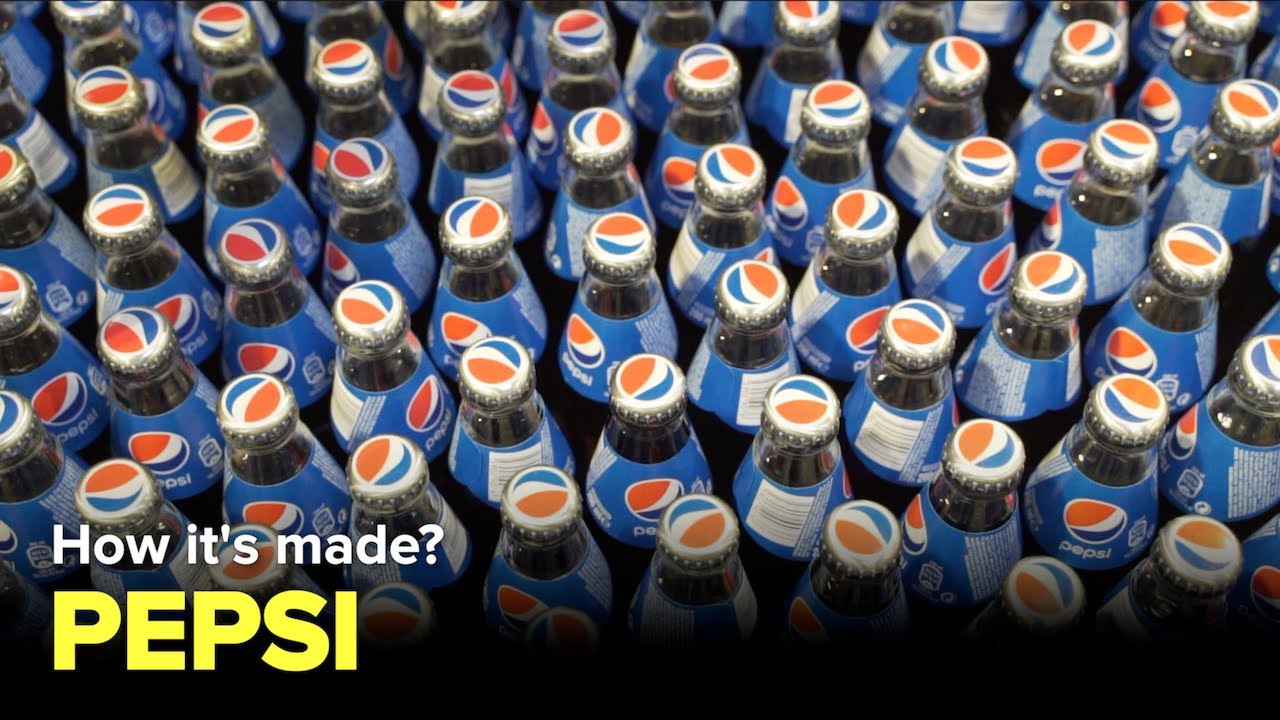 Pepsi is one of the most popular beverages in the world. Today we look inside Pepsi factory to see how it’s made!
Pepsi-Cola was launched in 1893 by the American pharmacist Caleb Bradham in New Bern, North Carolina. At the beginning, the drink was called Brad’s Drink and was produced at the creator’s house. Later the name was changed to Pepsi-Cola. The word “pepsi” comes from pepsine. The drink originally had the addition of this enzyme and was intended to be used as a cure for indigestion.
Today we can find it in almost every store in the world, in cafes and restaurants, including global chains. Pepsi is available in KFC, Pizza Hut, Burger King and many more.
In addition to Pepsi, PepsiCo produces 7UP drinks, Mirinda, Schweppes, Lipton Ice Tea, Mountain Dew, as well as snacks. Lay’s crisps (advertised by Leo Messi), Cheetos and Sunbites are their best knwn snacks.
But let’s head back to Pepsi and it’s production in Poland. To see the Pepsi production process, we visit the plant in Michrów.

Let’s see how its made!

—
Factories is a journey through production plants. We are visiting industry. We were inspired by the popular program “How it’s made?” Known from the Discovery television channel. Every week, together with our viewers, we visit the production plant to check how the selected production process is going. Every week, our channel receives a documentary film, from which you learn how things are produced. Among others machines, rope slings, yachts, wires, windows, railroad switches, radiators, polystyrene etc. You are probably also interested in how food is made? On our channel we showed, among others frankfurters, Pepsi, kebab, salty sticks, mustards, ketchup, mayonnaise, cheese and many more. It’s amazing how exciting production can be. Science and technology carry so much interesting information. Every week you get to know with us the curiosities of factories. The factory has no secrets for us.
—

Check out our other videos:
FOOD FACTORY MACHINES THAT ARE ON ANOTHER LEVEL – Factories

UK coronavirus death toll rises by 231 with 5,000 more infections than a week ago

The national death toll from coronavirus has held steady, rising by 231 in a slight increase from last week. Cases...